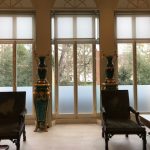 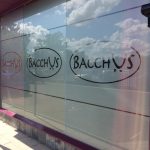 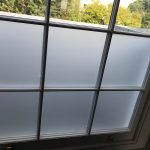 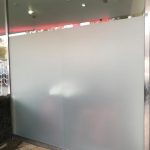 Aaran Glass offer a Window Filming service available for both residential and commercial properties. We offer a comprehensive range of window film, whether you are looking to match an existing film or wanting something new, there are an abundance of window film options available. This includes solar reflective film, sandblasted film more commonly known as ‘frosted film’, safety film, bomb-blast film, blackout film, glass manifestations and more. Catering for your requirements, we are able to offer a reliable and competitively priced professional window filming service to suit your needs.

Areas covered by Aaran Glass include:

Safety film can be used on windows and doors where a minimum safety standard is required to make it compliant with British Safety Standards. It is a clear film that helps reduce the risk during impact meaning if the glass was to break it would do so in a safe manner. It can also be used as a temporary measure on existing damaged panes to help make them secure until the glass is replaced in both residential and commercial properties.

Solar reflective film helps to reduce heat, and filter glare as well as increasing privacy. It helps with heat by reflecting away sunlight before it enters the room making it a more comfortable temperature and beneficial to homes and offices with south facing windows. Once the film is applied, visibility from the inside out remains normal but it provides a mirror-like effect on the outside, preventing people from looking in. Solar control film reduces excess heat levels making it energy efficient for large businesses with high running costs as well as being able to block out up to 99% of harmful UV rays.

Frosted film is great way to help increase privacy in your office or home. Sandblasted film creates privacy from both sides of the glass giving an acid-etched appearance while being designed to still let natural light in. It is a modern alternative to curtains and blinds and is very popular in places such as; bathrooms, cloakrooms, glass partitions, low level windows in busy areas and much more. This film can be applied to cover the whole window/door or can be applied in sections/boarders. We also offer film writing and manifestations.

We also offer various other types of films for your property.

In addition to window filming we also offer a range of other glazing services. Do not hesitate to contact one of our friendly advisors for a free estimate 0800 740 8163, or for a free no obligation quote.

We are proud to say we are rated 5 stars on google, to read what our customers have to say about us click here. 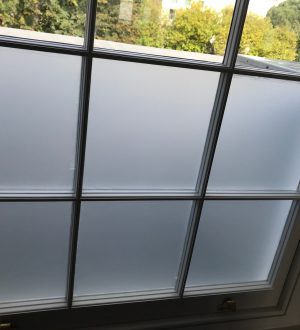 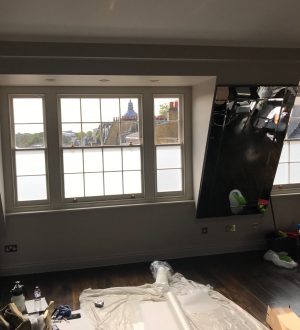 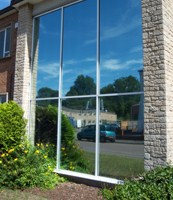 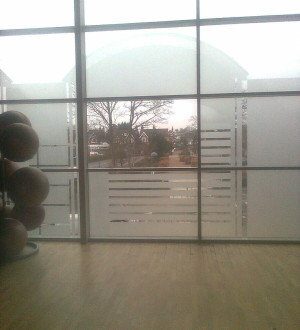 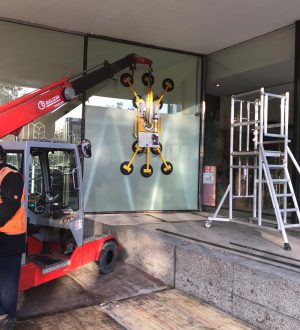